So many stories of VA not doing right by their veterans. Here’s another this time, Bay Pines VA. When a hospital has to pause surgeries there is clearly something that went wrong. The OIG investigated a complaint that a thoracic surgeon was incompetent and while the OIG did not substantiate that the surgeon was incompetent though 3 veterans died within weeks while in post op care after thoracic surgery.
I gathered up some stories for you over time of VA’s spotty record. Read on.

Published: BAY PINES, Fla. (WFLA) – Concerns about quality of care have shut down the thoracic surgery unit at the VA hospital at Bay Pines. VA spokesperson Jason Dangel confirms the decision to “temporarily pause thoracic surgeries.” The Joint Commission, a group that accredits hospitals, received a complaint about the thoracic unit and notified Bay Pines.

Read the article on wfla.com > 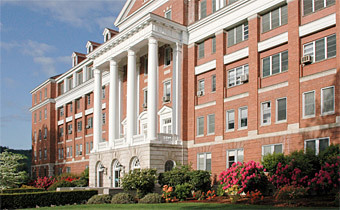 From www.usnews.com – October 31, 6:49 AM
VA investigators plan to visit the state to look into management, personnel issues and medical practices at the Roseburg and Eugene veterans
clinics, a spokeswoman for an Oregon congressman said.
The investigation follows a report by The Register-Guard less than two weeks ago on claims by Dr. Scott Russi and several nurses that poor leadership at the Roseburg location and retaliation against whistleblowers were driving doctors to move to the Eugene clinic, compromising patient care. 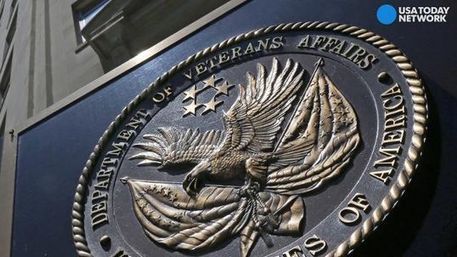 From www.usatoday.com – October 12, 3:45 PM
“Under Secretary Shulkin, VA’s new direction is to hold employees accountable and to be transparent with our findings and actions,” Cashour said.”… Followed by more blah, blah, blah 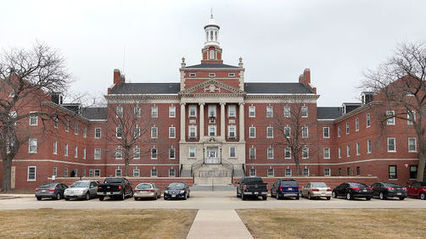 From lacrossetribune.com – September 8, 5:12 AM
The watchdog agency for the federal Department of Veterans Affairs says staff at the Tomah VA Medical Center failed to report a dentist who used improperly sterilized equipment for more than nine months and found surprise inspections could have alerted hospital leaders sooner.
The findings are contained in a report released Thursday by Office of Inspector General on its investigation into the lapse in hygiene, which could have exposed hundreds of veterans to bloodborne infections, including HIV and hepatitis.
Theresa “Tbird” Aldrich’s insight:

“What the heck is wrong with people? What kind of doctor doesn’t sterilize his equipment? What happened to do no harm? I was one of 1800 veterans in St Louis when this happened here. It was horrible the waiting for the test results to make sure I was clean.” 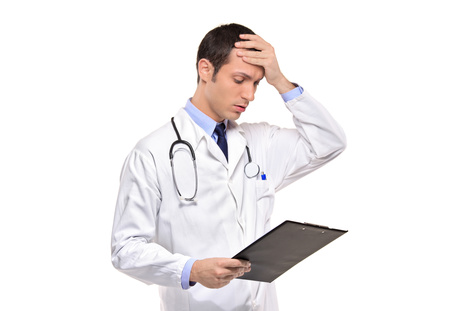 From www.nrtoday.com – July 13, 11:26 AM
The inspector general reported conclusions based on an investigation requested by U.S. Rep. Peter DeFazio, D-Springfield. DeFazio said he heard from a constituent in 2014 that patients experienced long waits for colonoscopies and problems with the quality of those colonoscopies at the Roseburg VA.

From www.usatoday.com – April 20, 11:05 AM
The facility has repeatedly run out of surgical equipment, used expired tools and dirty sterile storage areas. Conditions are so dangerous at the Department of Veterans Affairs Medical Center in Washington, D.C., that the agency’s chief watchdog issued a rare preliminary report Wednesday to alert patients and other members of the public. 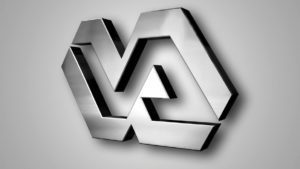 From www.npr.org – April 17, 10:24 AM
Steve Inskeep talks to VA Inspector General Michael Missal about an investigation into the D.C. Veterans Affairs Medical Center. It found serious issues regarding the handling of medical equipment. 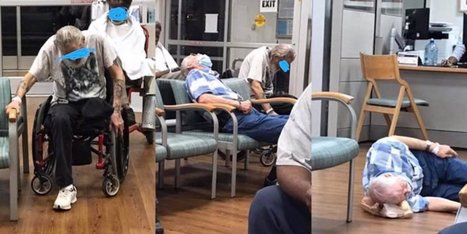 From www.huffingtonpost.com – March 3, 7:46 AM
“The man laid down on the floor, and they went in there and picked him up and set him back in the chair,” one veteran recalled. 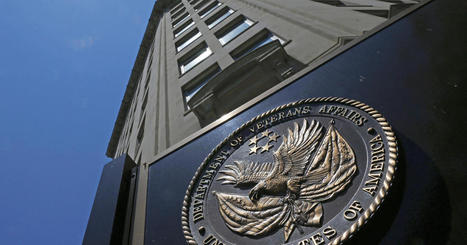 From www.cbsnews.com – December 12, 2016 11:27 AM
The investigation found that once the veteran died, hospice staff members requested a staffer known as a “transporter” to get the body moved to the morgue.
The transporter told them to follow proper procedures and notify dispatchers, but that request was never made, so nobody showed up to take the body away. 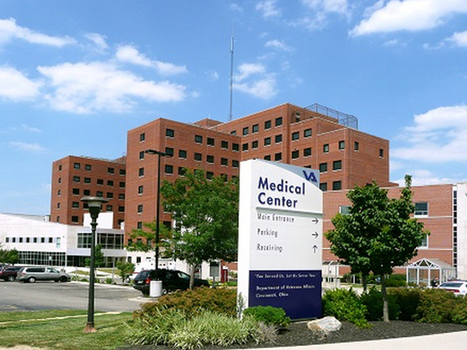 Questions about the quality of care for veterans at the Cincinnati Veterans Affairs Medical Center — as well as problems facing Veterans Affairs hospitals around the country — will be the focus of this. 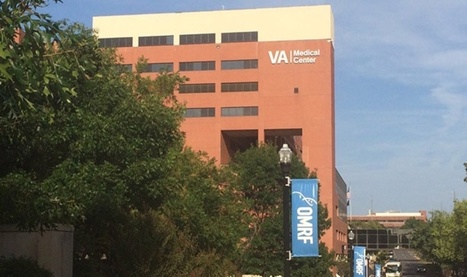 From www.koco.com – October 7, 2016 5:46 AM
The U.S. Department of Veterans Affairs is conducting an internal investigation into the Oklahoma City VA Medical Center, officials said.
More Stories

In March 2020 the VA removed the DBQ’s from their website. NVLSP.org has made them available to the public here
See above, the links below currently are broken, since the VA removed the DBQ’s
Disability Benefits Questionnaire (DBQ) Veterans now have more control over the disability claims process. Veterans have the option of visiting a private health care provider instead of a VA facility to complete their disability evaluation form.
Veterans can have their providers fill out any of the more than 70 DBQs that are appropriate for their conditions and submit them to us. It’s that easy!
Source: www.benefits.va.gov
Current as of 09/05/207 Check here for the latest Disability Benefits Questionnaire (DBQ)

3 days ago – Depends on what you are claiming. If you are claiming a multitude injuries/ symptoms/benefits then it could take that long. What will happen in the exam: The doctor/nurse/pa, etc. will have your claimed disabilities and will exam/question you for for each one according to the DBQ(Disability Questionnaire) for the particular …

Jun 1, 2017 – Well not to sure how this will pan out any ideas? Will they finally seperate my PTSD/ AD from my TBI maybe maybe not ones getting a call to the complaint line if not? I was just found Permanent and total two days ago with this claim still pending I’m still awaiting the award letter. I’m hoping this won’t hurt my PT due that I …

Nov 19, 2017 – $400 that she recommended she knew and for me to go to and have a DBQ filled out to file my claim. I chose to ignore that advice and began reading up and asking questions on the Hadit site. With the help on Hadit and on the podcast I was able to educate myself and file my claim even as a FDC (Fully Developed Claim).

Is it me or is my claim moving really fast? – Veterans Compensation …

3 days ago – Posted June 22, 2016. I filed a claim for bilateral lower extremity radiculopathy secondary to lower back and the doctor said it was caused by a foot fracture :). The DBQ is on MyHealthVet. I just checked ebenefits and the status has changed to Pending Decision Approval with an estimated completion date 6/28/16 to 7/2/ 16.

Dec 31, 2017 – I submitted PTSD DBQ along with other evidence as a FDC claim. Thanks so much, and I really appreciate all the support from Hadit. Been a long couple of years, but I am so grateful for you guys, and the fact the Military and Govt is admitting what they put me thru. Hope you all have a Happy New Year, and God Bless!!!

MST Claim – I have started the journey – Veterans Compensation …

C&P Exams for Back, Hips and Knees, could someone review and …

Jun 11, 2017 – Back (Thoracolumbar Spine) Conditions Disability Benefits Questionnaire. Name of patient/Veteran: Is this DBQ being completed in conjunction with a VA 21-2507 , C&P Examination Request? [X] Yes [ ] No. ACE and Evidence Review ————- ———- Indicate method used to obtain medical information to complete this …

3 days ago – Hello all. Any idea how to get LHI (contractor) C&P exam results? The VA over the phone says they never received the DBQ’s which have now pasted the due date. Called both places I had the exams at and left a voicemail. The day of exams both places said they would be sent in within 24 hours of exam so I guess they …

1 day ago – The veteran can go ahead and get the medical opinion/DBQ for each proposed secondary condition, with adequate medical rationale and appropriate jargon (” as likely as not”, “more likely than not”, or “due to/caused by”). Once all 3 requirements are met, they could go ahead and file a fully developed claim. If the medical …

I do have an independent medical opinion that agree with my assessment.

You had stated here:  “I do have an independent medical opinion that agree with my assessment. ” A copy of that along with the death Certificate and autopsy should be referred to and attached to the formal Se4ction 1151 claim.   This is the actual SOL for FTCA claims in Tennessee: “Time Limits for Tennessee Malpractice Cases The victim in the case contracted hepatitis B from a colonoscopy in 2006. However, theVA did not inform him of the problems with the colonoscopy equipment until 2009.
The victim filed an administrative tort claim – the first step toward bringing a medical malpractice lawsuit against the VA – just 10 months after learning he had been infected with hepatitis. Unfortunately, by that time it was too late. His case was recently dismissed by a federal appeals court on the grounds that he waited too long to file suit. Even though the VA is a federal agency, medical malpractice claims against the VA are governed by state statutes of limitation. Tennessee has one of the shortest statutes of limitation in the country. Under Tennessee law, a medical malpractice claim must be filed within three years of the date the alleged negligent act occurred. It is important to note that this does not mean three years from the date the victim realized he was injured or three years from the date the victim realized his injury might have been caused by medical negligence.
The time limit is three years from the date of the negligent act, regardless of whether the victim draws the links or not. However, there is an exception in cases where the physician or medical facility fraudulently concealed the source of the injury. Because of this short time limit, individuals who suspect they may have been the victim of medical negligence should contact a Tennessee medical malpractice attorney as soon as possible. In many cases, filing a lawsuit can preserve victims’ rights while evidence is collected to support their claims .” Gatti, Keltner, Bienvenu & Montesi, PLC
This article is part of what happened to many veterans exposed to Hep B , Hep C, and HIV by the VA. “In 2009, the VA notified more than 10,000 veterans that they may have been exposed to hepatitis B, hepatitis C and HIV while undergoing colonoscopies at Veterans Affairs facilities. The VA said the exposure risk stemmed from improper cleaning of the tools used to perform the procedures.Approximately 6,000 of those veterans were treated at a VA clinic in Murfreesboro, Tennessee. The others were treated at clinics in Augusta, Georgia and Miami, Florida. To date, at least 90 veterans have tested positive for one of the three viruses. Unfortunately, a recent ruling in Tennessee has made it hard for exposed veterans to seek redress for injuries caused by medical negligence.” from https://www.gkbm.com/articles/court-dismisses-medical-malpractice-claim-against-tennessee-va/
You might still be within the 3 year Statute of Limits.Their are MANY malpractice lawyers in Tennessee. I think I posted links to some of them for you.They often have a chat feature and often do free initial consults  via email. Maybe it is too late.It would be up at 3 years after your husband died,as I understand this: “Under Tennessee law, a medical malpractice claim must be filed within three years of the date the alleged negligent act occurred.” The only redress for those veterans above harmed by the VA, who found out over 3 years years after VA had exposed them to Hep B,C ,and HIV, is Section 1151. I feel the lawyer you had did not understand FTCA at all.