Veterans and survivors are encouraged to submit claims.

Vietnam North of Danang I Corps

The battle of the Ia Drang Valley [IDV] was actually of series of engagements between the US 1st Cavalry Division (Airmobile) and the B-3 Front, North Vietnamese Army (NVA) from 10-18 to 11-24-65. 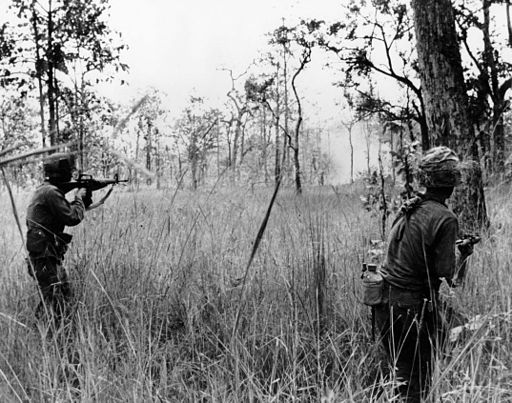 For First Time in 3 Decades, VA to Launch Studies into Agent Orange Effects on Vietnam Vets

In one emotional exchange, Army vet Reginald Russell Sr. rose from the audience and accused the VA of ignoring anecdotal evidence that Agent Orange had harmed children of vets. Russell’s first son, born shortly after he returned from Vietnam in 1971, died inexplicably at 9 months old. His youngest son, born a few years later with a heart defect, died in 2012 at 32. Russell held up a photo of a grave marker: “That’s my child,” he said, choking up.

Sourced through Scoop.it from: www.allgov.com