Click here to use our Service Connected Disabilities Calculator.

Here’s a video that explains how the VA calculates Service Connected Disabilities ratings.

An overview of a typical in-service meeting at Legal Help For Veterans and a quick lesson on VA Math from Professor Pete.

What’s the Secret to Understanding the VA Combined Ratings Table? 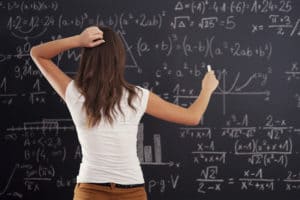 “Chris, if you add up all my VA Ratings for all my disabilities, I’m over 250% disabled.  Why am I still getting paid at a 9o% level?”
This question – or one like it – pops into my inbox a few times a week.
The short answer is this: when you have multiple ratings for multiple medical conditions, the VA doesn’t ADD the ratings together – it COMBINES them.
The VA Combined Ratings Formula causes Veterans – and frankly, a lot of VSOs and attorneys a lot of angst.  And it did for me, too, until I learned one thing:  the Secret behind VA Math.
Before I tell you the Secret to Understanding VA Math, let me show you the easy way to do combined ratings.

The Easy Way to Do Combined Ratings.

The VA publishes a combined rating table to assist in these calculations.
The VA Combined Ratings Table is a table that shows your total impairment percentage when you have more than one disabling service-connected condition.
List your disabilities, highest to lowest, with the percentage of impairment next to it.  Start with the highest, and then one-by-one, use the above linked combined ratings table to combine your remaining rating.

The Secret Behind VA Math and the Combined Ratings Table.

“VA Math” is the way that the VA computes combined impairment ratings for multiple conditions in a Veteran’s compensation claim – and it requires that you unlearn real math.
When a Veteran has multiple medical conditions that are service connected, and the VA rates each at a different percentage, it would seem that they should just add up your percentages to get to a total body impairment rating.
Things are not as they seem.
If a Veteran has a 30% rating for condition A, and a 40% rating for Condition B, the total rating is NOT 70%.
The VA does not add multiple ratings to get a  total rating; instead, they use a formula to get a combined rating.
The VA computes the combined rating by considering each disability in order of severity, beginning with the highest evaluation.  In the above example, the VA Combined Rating for the 2 conditions is 60%, not 70%.
Here’s the secret to understanding the VA Combined Ratings Table.  Your ratings are combined based on the concept of “Whole Person Remaining”.
The idea is that if you have NO disabilities, you are a 100% whole person.  If you have a 30% disability, you are 30% disabled and 70% whole.
Each subsequent rating is a REDUCTION of the whole person remaining.

How does the VA get that combined rating?
For example, where Condition A is rated at 30%, and Condition B is rated at 40%, the VA math works like this:
Most severe rating: 40%
Second most severe rating: 30%
Combined rating: 60%.
Here’s how we got there: the second rating of 30% is multiplied by the % of whole person remaining after the 40% rating.
In this example, 30% (second rating) is multiplied by 60% (percent of whole person remaining after 40% rating).
This means that while Condition A limits the person to a 30 degree rate, it only limits 30% of the WHOLE person. So if the person is 0% impaired (has a 100% whole person value remaining), then the condition limits them to 30%.
But if the person is already 40% disabled by another condition, Condition A can only limit the “whole-person that remains”.  It’s a tough concept to grasp, but in a way it makes some sense.
So, in our example, the second rating of 30% has the effect of adding 18% to the initial rating of 40%, yielding a combined rating of 58%. The 58% rating is rounded up to 60%.
Does this make sense?
I don’t think so – this type of formula is a 50+ year old calculation used by insurance companies in, commonly, workers’ compensation claims.
Regardless of how archaic and non-sensical the formula, here’s the deal.
It’s the way it is.
And in the great mess of tangled red-tape that is the VA Bureaucracy, there are many fights we need to fight and win before going after this one.

If there are three disabilities ratable at 60 percent, 40 percent, and 20 percent, respectively, the combined value for the first two will be found opposite 60 and under 40 and is 76 percent. This 76 will be found in the left column, then the 20 rating in the top row. The intersection of these two ratings is 81. Thus, the final rating will be rounded to 80%.